Thus deepening the arithmosymvola will try to touch this.

In the figure above we see that the numbers are similar angles them up.

Starting will be described in terms of of Contemporary Science on mathematics.

Mathematics is the science of independent operating knowledge of our physical world but which are not independent from the operation of the remaining observations or otherwise sciences, is the record of units and quantities of matter and how it is connected between. Their characteristic feature is the special way of presentation arithmosymvolon their problems. Yet it is common to all sciences which means that scientists of different areas such as chemistry, physics, medicine, biology, geography or even history can and connect the individual sciences, studies or combine them together under a common code, the code numbers.

So you say, what they said in antiquity, that the science of numbers is a child of philosophy and counted all the rest.

Of course today even mathematics in the sense of numbers, because mathematics is everything they analyzed (mathematics from the manthano, lessons, learning, student), is fragmented into sub-sectors and it made more branches to union, otherwise nor mathematicians will in future come together (join concepts).
Since the dawn of our world the Algebra and Geometry, another industry with direct relevance for the numbers (which will concern us in another section), created came from everyday observation and experience of life itself and how it is manifested in our natural world.

Numbers and geometric (counting land and manifestations of matter) shapes are directly linked to explicit and irrational links between them.
Our effort will be to examine the conceptual side of numbers or numerology otherwise (the ratio of numbers, expression of ideas of numbers)

Literally the Numerology deals with

But what does number, numbers? All similar units, measured amount, crowd, inflected form part of speech, these are some of the interpretations that will come in several dictionaries literally numbers mean count enumerated or regulate the various units.
The schimatosymvola currently used 1,2,3 etc .. from the ancient Babylonians and their history goes back centuries, certainly other peoples as the Phoenicians, the Romans and the Greeks used another numbering system such as I, II, III .. etc., and a, b, c, which is the Greek measuring system. As we see the Ancient Greek straightly connected the ideosymvola with schimatosymvola, ie using the letters of our language for numbers and as already mentioned the Ancient Greek language is mathematical, for it tends to the same concepts with numbers.

The numbers then hide concepts of natural law and the functioning of our ecosystem we call the universe. So used alone as in combinations produce the world of forms, from here comes the concept Arithmetic means dealing with the study of the properties and powers of numbers.

Asked about 530 eg by Pythagoras, who calls the numbers principles of things, who inherits them in turn by the ancient Egyptians and easterners where always numeric notation prevailed.

As Iamblichus in (Life of Pythagoras 28), Pythagoras himself admits that the theory of numbers inherited from Orpheus, who taught that the number is the beginning of all things in heaven, earth and the intervals between them and the root of eternity the Divine let’s not even forget the famous Tetraktys Pythagoras where the disclosure of the whole creation is summarized.
Even Plato whose real name was Plato‘s title is given because it had broad forehead and generally wide body, nurtures the theory of symbols of numbers and call happy those who understand spiritual numbers and understand the powerful effects on the Plato numbers are the cause of global harmony and production of everything.
The Babylonians admit as sacred numbers. Their use from 1-60, the 60 means the Anu father of the gods, 50 means the Bell, the 40 EA, the 15 Ishtar.

The Hebrew tribes consider these in turn as sacred numbers and concepts that hide as world powers or the god eg symbol 3 is the symbol of sanctity, for example, the holy of holies occupy the third temple, carpets in the temple had been along 3X3, their chandelier had been seven cases for candles (Menorah) the number 7 is the switching frequency of the creation of matter.

In Alexandrian era Philo (20p.ch.–about 54 AD) says that 1 is the creator, the two creature, the three divine substance, 4 perfection or stability, 5 the highest wisdom etc. .

Even the civilizations of the ancient continent of America as the Mayan and Olmec use metric and this proves their developed astronomy eg 1 is represented by the symbol of the sun, the two with the moon, their system of course is much more complicated for us to explain in a simple module.

And Aborigines (Australian natives and the oldest type of people who still lives) are the relations of mathematics and numerical system, using course as schimatosymvola various animals.
In early Christian tombs see the number 5, the complexion of the cross and perhaps the notion of processing, combined with the pomegranate, perhaps generally means the perfection of Christian life through symbolizing the pomegranate, even the grave is the symbol of 4 or otherwise cube 4×4.

The numbers in numerology or philosophy of mathematics express concepts and situations of the world, so for example we have one (this, unreserved) is the creator, who perceived himself is 2 (two, dualism, self) and so we 2+ 1 = 3 means the creator understands himself and the world which is held in turn by the intervention of the creator that is 3 + 1 = 4 and the world reaches its conclusion with the intervention of the author again that means 4 + 1 = 5 the number of perfection we said above, this relationship continues to infinity (non-finite, or what has not learned) using schimatosymvola and concepts hide. In numerology or arithmosofias, 0 has the meaning of the circle or the absolute where nothing escapes and nothing produced before produced. The 1 is the number contained in all and reducing the increasing and decreasing increasing and the number itself.

Has occurred in Greece Theosophical company. 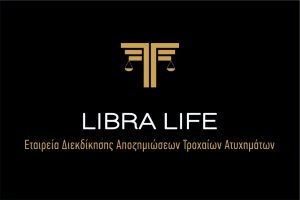